In the great social and historical conflicts of the time, writers, scientists and artists do not sit idle but lead in many battles at once. In big battles, no big ideas are needed! Clear bourns are the powers that crystallise the clearness of the river.

The books of Prof. Elena Kocaqi “The Trojan War – Pellazgo-Illyrian War”, published some days before in Tirana marks a turning point in our national and international history. The book of the prominent Albanian scholars and historian Prof. ass. dr. Elena Kocaqi, the profound acquaintance of ancient civilization, comes at a time of historic turmoil between the Arian Model and the Antique Model of the Origin of Albanians by Pelasgian-Illyrians. Kocaqi in the book “Troy War – Pellazgo Ilire War” in arguably and factual fashion illuminates finally the truth about the Trojan War and the truth about that war. This book is written with a fluent language of explanation, giving undeniable facts, that the War of Troy was a true war, a war that has realy happened. The lighting of the Troia War according to Kocaqi is very important for the identity of our ancient age. In this masterpiece of history for the Troy War, for the first time in a studied and scientific way is revealed the Albanian Identity of Pelasgian-Illyrians. 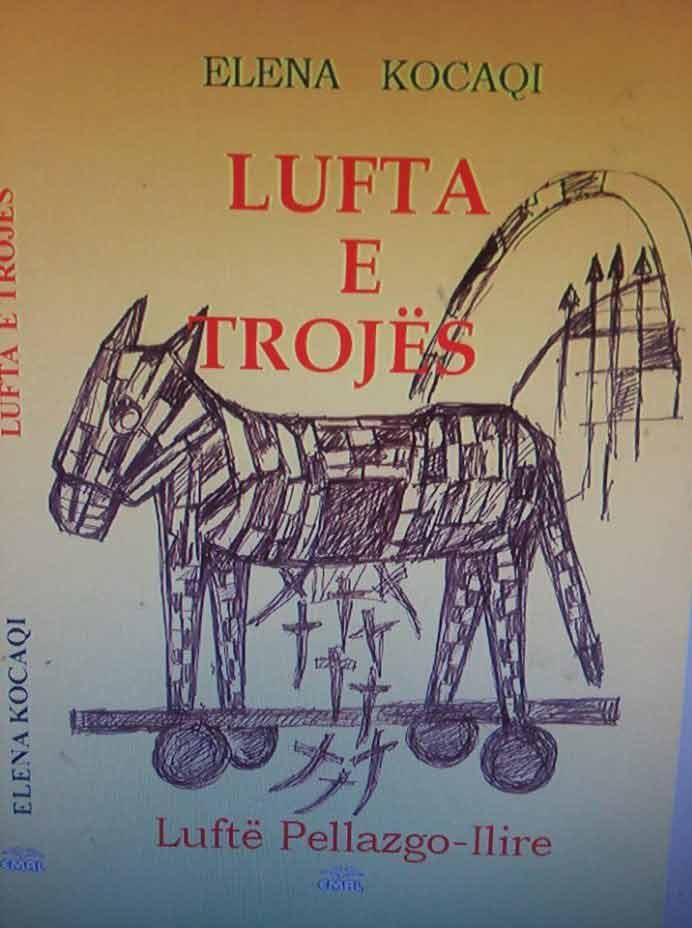 The Trojan War took place (at the end of Broz’s era), that war lasted for 30 years. According to the witness who participated in the Trojan War, Darius of Phrygia, in that war are killed in total about 1 million and five hundred thousand people and millions were injured. The Trojan War was the first world war in the entire Antiquity. In Troy War, about 600,000 Trojan troops were killed and over 800,000 Greeks (Achaeans) and millions wounded. The Trojan War included peoples from 3 continents; Europe, Asia and Africa. In the Trojan War emigrated millions of people and displaced from their regions. The Achaean Dynasty, according to the Historian Elena Kocaqi, was a Frigase dynasty, therefore Illyrian and its people were Pelazgian and Illyrian. The Trojan Dynasty was a Dardanian dynasty, of Illyrian descent, and its population consisted of Illyrian-Thracian tribes such as Dardanians, Frigas, Myzas, Kaons, but also Pelasgians, Lalegs, Karians etc.In the Troja War did not existed the term Greek or Helen name for the Achaeans tribes. Here the Achaeans are of Pelazgian and Illyrian origin… The term “Greek” comes much later, hundreds of years after the War of Troy and is mentioned in Herodotus as an Epirot tribe (in southern Albania) associated with the Pelazgian Dodona.

In The Trap Of Thucydides: The New Albanian-Serbian War? Regional Geopolitical Policy – OpEd